Set up by the renowned political cartoonist K. Shankar Pillai (1902-1989), Shankar's International Dolls Museum has one of the largest collection of costume dolls anywhere in the world.

Housed in the building of the Children’s Book Trust on Bahadur Shah Zafar Marg, New Delhi, the Museum occupies a floor area of 5184.5 sq. feet--a portion of the first floor. A separate entrance with a stately winding staircase leads up to a foyer. Inside, the Museum is divided into two equal halves. The two sections have over 160 glass cases, 1000 ft. long, mounted on the walls. One section has exhibits from European countries, the U.K., the U.S.A, Australia, New Zealand, and the Commonwealth of Independent States, and the other from Asian countries, the Middle East, Africa and India. There are also special displays, besides a representative collection from the over 150 kinds of authentic Indian costume dolls made at the Dolls Workshop attached to the Museum. 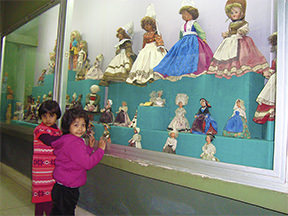 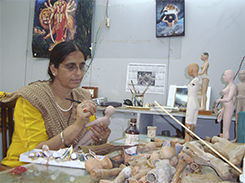 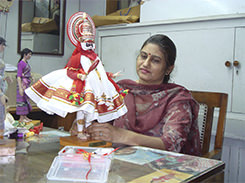 Indian dolls made at the workshop are exchanged for gifts received from abroad as well as sold to collectors and museums in India and abroad. Each doll is handcrafted after meticulous research into the physical attributes, dress and jewellery of individual characters. Little wonder then, the dolls won the First prize, the Golden Peacock Feather, at the Dolls Biennale held in Cracow, Poland, in 1980. The Museum's collection of costume dolls was inspired by a gift of a single doll, which Shankar received from the Hungarian Ambassador in the early fifties, to be given away as a prize in the Shankar’s International Children’s Competition. Shankar fell in love with the doll. With the permission of the Ambassador, he kept the doll for himself. So fascinated was he with this Hungarian doll that Shankar, thereafter, began collecting costume dolls whenever he went abroad. His visits were frequent, he being part of the group of journalists accompanying the then Prime Minister, Jawaharlal Nehru.

Soon he had a collection of around 500 dolls which he decided to exhibit in various places in India along with the paintings done by children. The frequent packing and unpacking resulted in damage to the dolls much to Shankar's consternation. At an exhibition held in Delhi, which was visited by Jawaharlal Nehru and his daughter Indira Gandhi, Shankar voiced his concern for the damaged dolls. Promptly a suggestion came from Indira Gandhi: Why not a permanent museum for the dolls? So, when the Children's Book Trust was putting up its building, a portion was set apart and planned as a museum for the dolls.

The Museum was ready in 1965 and it was inaugurated by the then President of India, Dr. S. Radhakrishnan, who appropriately named the building, ‘Nehru House’ after the late Prime Minister. The Museum started with a thousand dolls. Between 1965 and 1987 another 5000 were added, a vast majority coming as gifts. Today the volume has increased to nearly 7000 exhibits from almost eighty-five countries, giving it a truly international character.

The Museum is listed in the itinerary of all visitors to Delhi. Some of the important dignitaries who have visited the Museum and recorded their appreciation are: U. Thant the then Secretary General of United Nations, Madame Tito of Yugoslavia, Queen Frederika of Greece, the Queen of Thailand, the sister of Shah of Iran, the wives of the President of Mexico and Indonesia, of the Prime Ministers of Poland and South Korea and the UN Secretary General and cultural delegations from many countries. 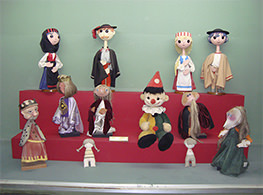 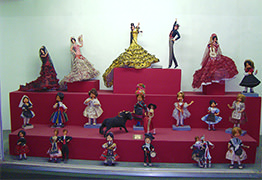 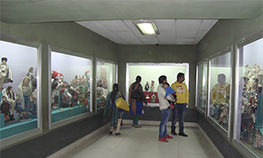 The Museum observes Monday as a weekly holiday, besides three National and festive holidays.

The Museum is now open.